Knox United Church is located at the corner of Spadina Crescent and 24th Street on the shore of the South Saskatchewan River, in the downtown area of Saskatoon.

The Knox congregation began as part of the Saskatoon Presbyterian Mission Field in 1885 following the Riel Rebellion. Early meetings were held in homes, the Old Stone Schoolhouse, the Methodist Church and even the railway roundhouse. In 1900, a modest frame church was built on the riverbank to house 160 people.

The current building was begun in 1912 and was dedicated at its opening service on May 3, 1914. It is built in the Collegiate Gothic tradition and features Gothic arches and stained glass windows. A pipe organ, built by Casavant Frères of St. Hyacinthe, Quebec, was installed in 1914 and has over 3,500 pipes.

Knox has been the site of many  musical presentations including concerts by the Saskatoon Symphony, Chamber Singers, Greystone Singers, Saskatoon Men's Chorus, University/Community Chorus, and Unifest. It is a favored location for music recording because of the wonderful acoustics. 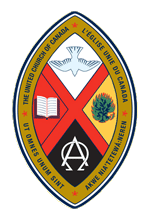